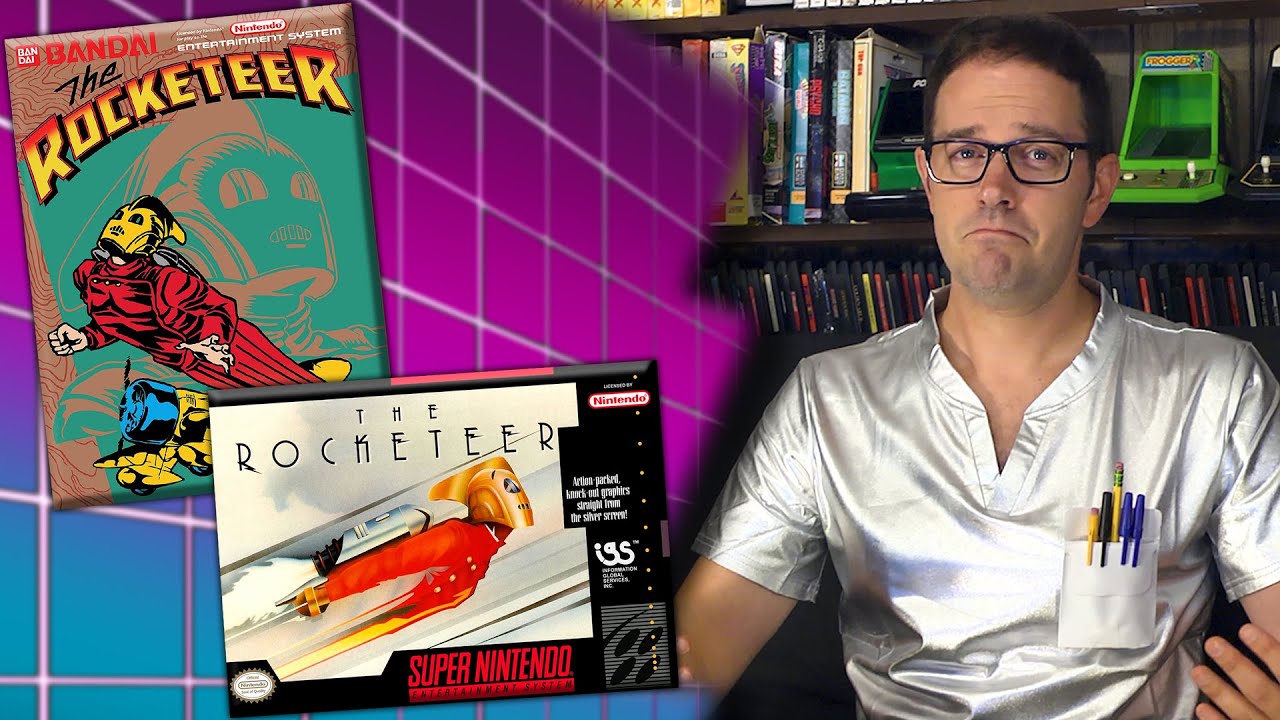 The Cinemassacre Podcast is every Tuesday around 3pm ET… with the audio-only version launching afterwards. Find it wherever you get your podcasts. Playlist:

The Rocketeer is a 1991 film from Walt Disney Pictures, based upon the comic book character of the same name Set in 1938 Los Angeles, California, The Rocketeer tells the story of stunt pilot Cliff Secord who stumbles upon a hidden rocket-powered jet pack that he thereafter uses to fly without the need of an aircraft. His heroic deeds soon attract the attention of Howard Hughes and the FBI, who are hunting for the missing jet pack, as well as the Axis operatives that stole it from Hughes. Also in 1991, a game published by Bandai came out for the Nintendo Entertainment System. A year later the Super Nintendo game also came out. In this review the Nerd covers both games, dons his old Nerd Shirt, and builds the ultimate transportation device: the RocketBeer.