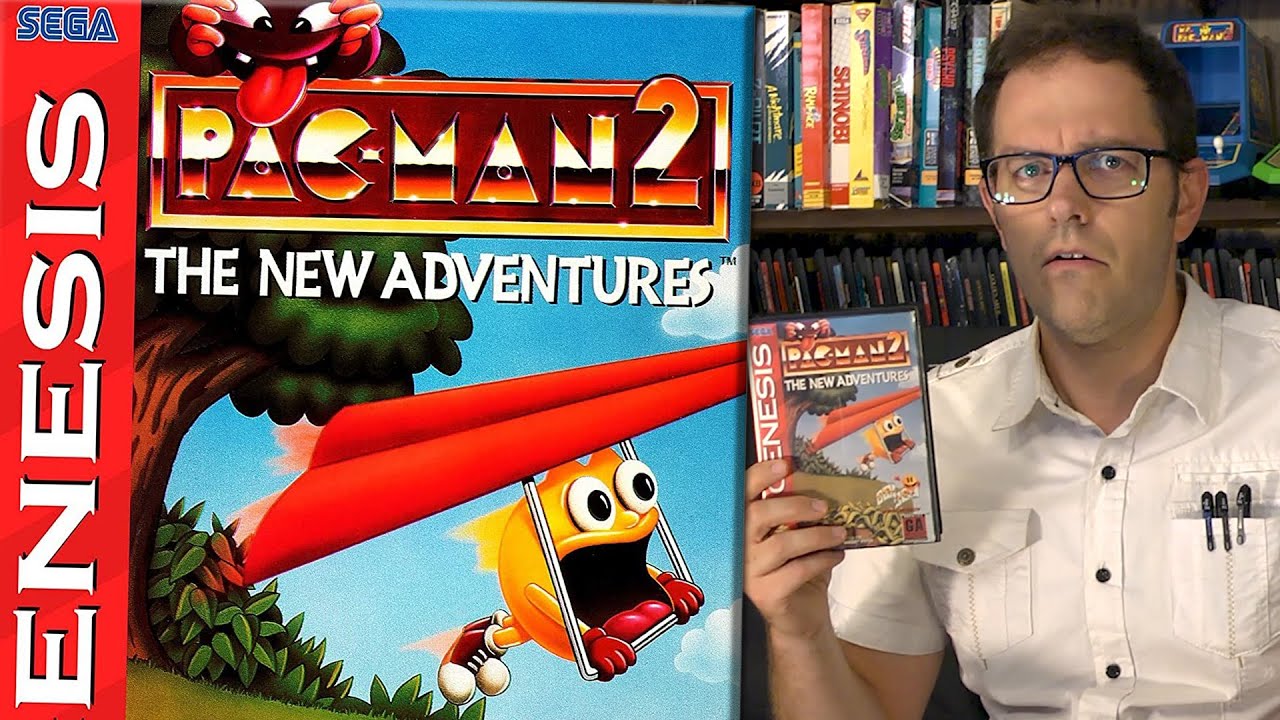 Angry Video Game Nerd (AVGN) episode 195: Pac-Man 2: The New Adventures. Also known in Japan as “Hello! Pac-Man.” Pac-Man 2 is a side-scrolling adventure game in the Pac-Man series. Instead of being a maze game like the majority of its predecessors, Pac-Man 2 incorporates light point-and-click adventure game elements. The Nerd is playing the Sega Genesis version. He joins Pac-Man exploring and interacting with the world and characters around him. Take on a task, and then take a wild ride on a mine cart or set off on an intense hand-glider flight while fending off some unrestful ghosts. This game was coined “the first ever interactive cartoon” by the game’s manual.