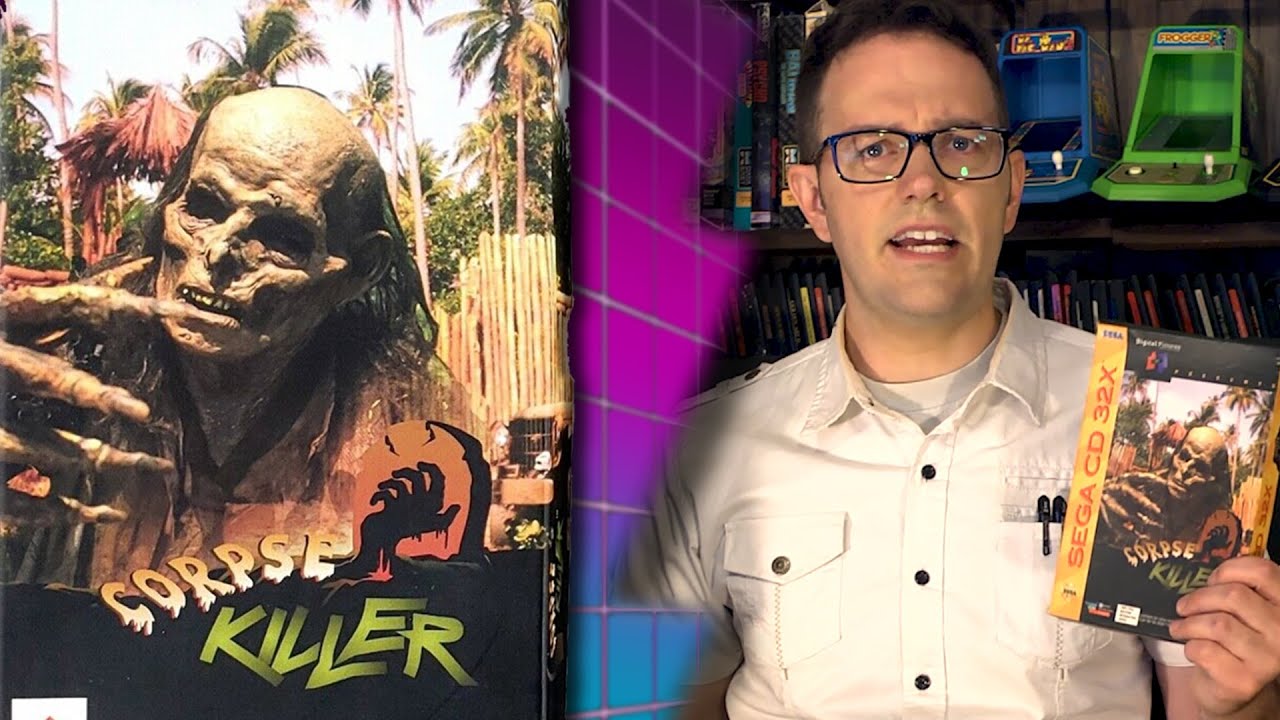 Angry Video Game Nerd (AVGN) episode 192: Corpse Killer (3DO). Corpse Killer is a game released for the Sega CD, Sega CD 32X, 3DO, Sega Saturn, Windows 95 and Macintosh computers that features live-action full motion video in a format similar to other games developed by Digital Pictures. It was later remastered for Steam, PlayStation 4 and Nintendo Switch. But the Nerd is playing it on the 3DO. In the game, an unnamed United States Marine is airdropped onto a tropical island on a top secret mission to stop the evil Dr. Hellman, who plans to release his army of zombies on the world. He is bitten by a zombie and also meets an attractive female reporter and a Rastafarian male driver. Four of the marine lieutenant’s comrades are captured by Hellman and turned into zombies. To rescue them, the lieutenant infiltrates Hellman’s compound and shoots each of them with bullets coated with extract from Datura plants, which can turn freshly-created zombies back into humans.

Special thanks to Rob Steiner Jr. for the games and hardware!

and thanks to Chris from Archive3DO!