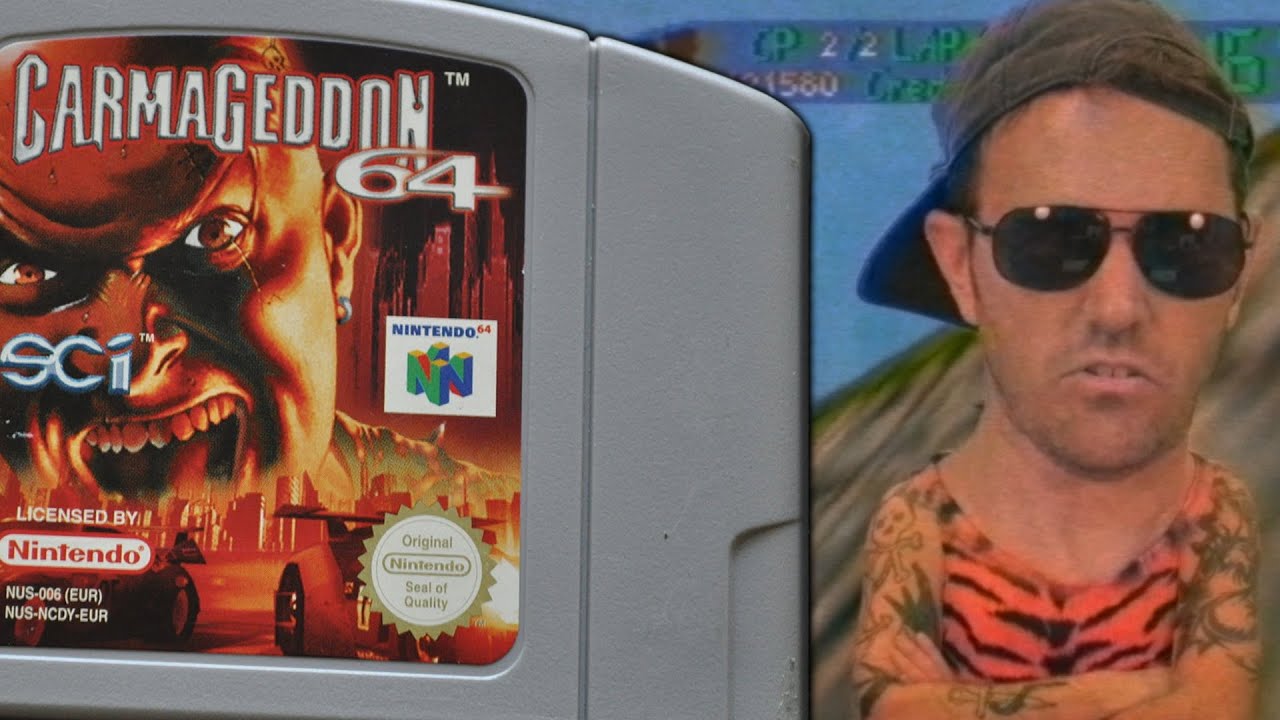 Go to for 15% off your order! Brought to you by Raycon!

Carmageddon is a vehicular combat video game released for personal computers in 1997. It was later ported to other platforms, and spawned a series of follow up titles. Carmageddon 64 was a port of Carmageddon II (originally for PC), and released for the Nintendo 64 in the year 2000. It was going to be published by Interplay, but Titus Interactive took it over (the same guys from Superman 64). It’s a game where you race other cars… but it turns into mostly running over zombies, rather than people like in the original PC game. In the German version, you hit Dinosaur-like monsters rather than zombies. Go figure.